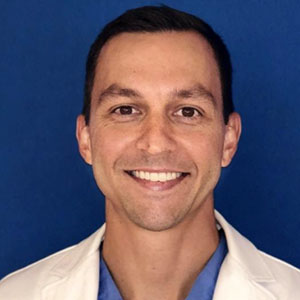 Tyler Banachowski is a Diplomate in Oral and Maxillofacial Surgery. He and his family relocated to the Tampa area in 2018 and learned quickly how the people and the sunshine make this area such a great place to live and raise a family. Originally from the Midwest, he grew up in Toledo, Ohio and attended the University of Toledo earning his bachelor’s degree majoring in Biology. He attended the University of North Carolina at Chapel Hill for dental school and was commissioned into the United States Air Force upon graduation. His first assignment was a one-year program for advanced education in general dentistry at Eglin AFB, FL. In the panhandle, he discovered his passion for oral and maxillofacial surgery. He received his certificate in oral and maxillofacial surgery from the 59th Medical Wing at Lackland AFB, Texas and received specialized training in anesthesia, trauma, temporomandibular joint and orthognathic surgery. He also pursued broad exposure in esthetic facial surgery and burn surgical care at the Institute of Surgical Research in San Antonio, Texas. He served as Chief Resident at San Antonio Military Medical Center, Wiford Hall Medical Center and for 3 months at Memorial Herman Hospital in Houston, TX. He is dedicated to helping patients understand the complexities of surgical care and delivering safe and timely treatment.

Because Healthy Smiles Begin In Infancy...

With a combination of home care and routine checkups, you can help ensure that your child’s teeth and gums will remain healthy and last a lifetime. To find out more about preventive dentistry or to schedule an appointment, contact our New Port Richey, FL practice today...

A Safari Dental is an active member of the following professional associations: 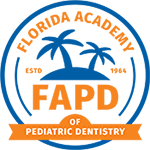